Mavs mark the start of training camp for a new season

Basketball season is almost here. The Dallas Mavericks players and coaches met with the media to mark the start of training camp. FOX 4's Jeff Kolb has more.

The team is hoping for stability starting this fall after a summer marked by a rough loss to the Clippers in the first round and then the departures of Coach Rick Carlisle and General Manager Donnie Nelson.

New head coach Jason Kidd said his staff is working hard on communicating with the players.

He said he’s confident in Kristaps Porzingis, who had a bad showing in the playoffs. 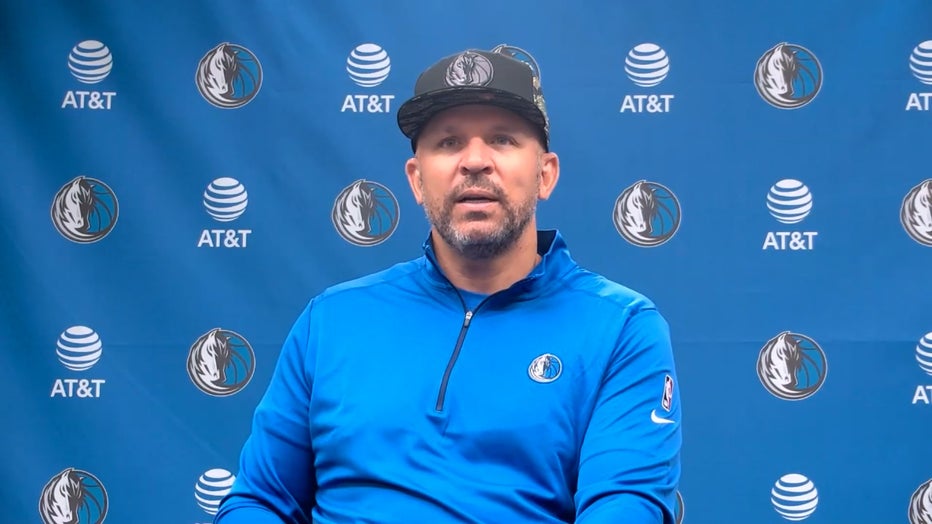 And Kidd is counting on superstar Luka Doncic to be a team leader this year.

"I look at Luka as a young Picasso. I don’t know if anybody told Picasso that he had to use all the paints. But I just want to remind Luka that he can rely on his teammates," Coach Kidd said.

"I think leadership you develop through the years. You see every year he’s got to be a little better. One thing I learned is I need to be more vocal with the team," Doncic said.

The Mavs will practice under Kidd for the first time Tuesday as NBA training camp gets underway.

Their first preseason game is next week, and the regular season starts Oct. 21 in Atlanta.