Mavs prep for Game 5 against Jazz

The first round of the Dallas Mavericks playoff series continues Monday night in Dallas. The series is tied 2-2 but the Mavs have home court advantage again and their star player back.

DALLAS - Fans will be watching closely Monday as the Dallas Mavericks take on the Utah Jazz for Game 5.

It could be a nail biter. The Jazz left the most recent game in Salt Lake City with a 100-99 win over the Mavericks.

Dallas had a shot to win it late, but after missing some key free throws, it didn’t end in their favor.

Starting guard Luka Doncic was back on the court after sitting out with a calf injury.

He brought 30 points in, but it wasn’t enough. 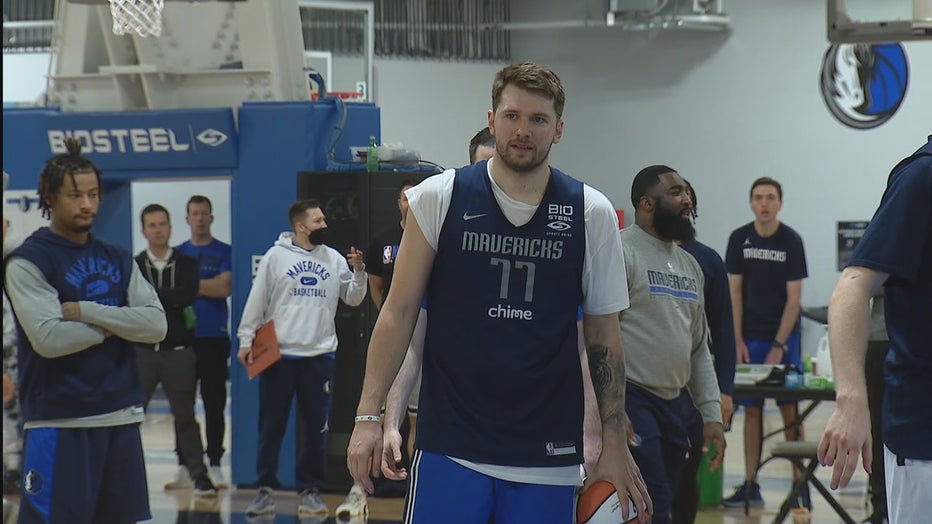 He talked about how the team can use this loss as something to learn from.

"I mean, we didn’t really execute it well. I should’ve maybe driven the ball. We should have gotten a better shot. It’s tough. We had the game. Now it’s 2-2. We’ve just got to learn from it and go to the next one," he said.

This is a best of seven series.

The teams are now tied at two games each.

Game 5 gets started at the American Airlines Center at 8:30 p.m.