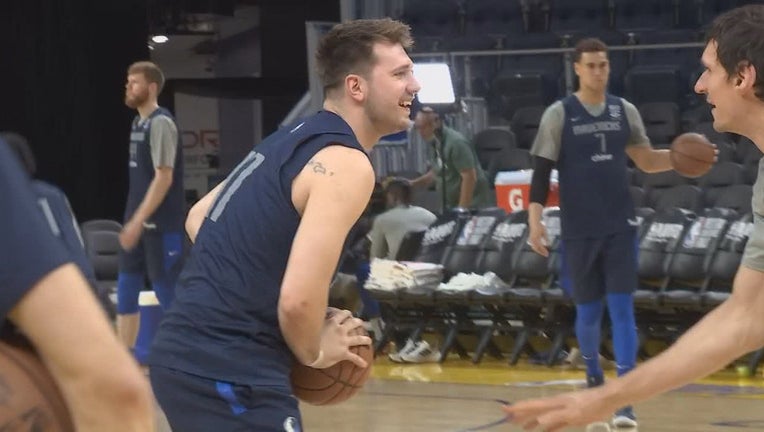 DALLAS - One of the NBA’s marquee teams stands between the Dallas Mavericks and another NBA Finals appearance.

The Mavs face the Golden State Warriors Wednesday night for Game 1 of the Western Conference Finals. Both teams got some practice time in before the game.

The Warriors have played in five straight NBA Finals from 2015 to 2019 and won three titles.

The championship core of Steph Curry, Klay Thompson and Draymond Green is what makes this offense good.

RELATED: Golden State: ‘Do not underestimate the Mavs’

The Dallas Mavericks face a new challenge and a new opponent tonight in what they hope will be a championship season.

He said this is a special group of players and Luka Doncic is loving it. He’s living his best life and doing what he loves to do.

The Mavs went 3-1 against the Warriors during the regular season. They’ll do well if Doncic performs as well as he did in the series against the Suns, averaging 32 points.

The first two games of the series are in San Francisco. The Mavs will host watch parties at the American Airlines Center.

The series comes to Dallas for Games 3 and 4 starting Sunday.