FRISCO, Texas - The Dallas Cowboys confirm that Strength and Conditioning Coordinator Markus Paul has passed away.

He was hospitalized after having a medical emergency at The Star early Tuesday.

The team said the 54-year-old passed away at the hospital Wednesday surrounded by family. His cause of death is still pending.

On FOX 4’s Good Day Wednesday morning, Cowboys owner Jerry Jones confirmed that Paul was “in trouble” and that the Cowboys appreciate prayers coming the way of Paul and his family.

A social media post from Paul’s niece said he was placed on life support. His neice on Twitter posted earlier in the day that Paul was surrounded by lots of love and family by his side. 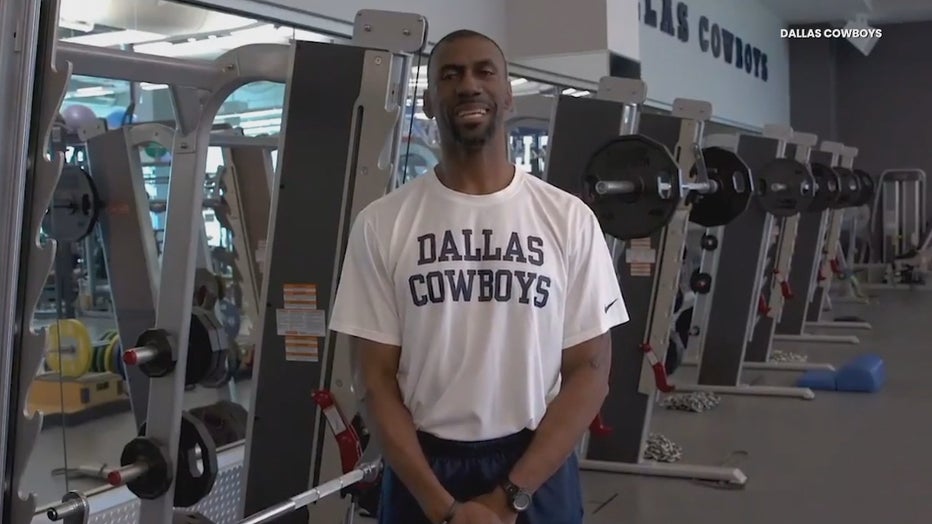 The Cowboys said they extend their prayers and support to the Paul family, and he will be remembered and recognized as a "valued and loved member of the Cowboys" ahead of their game against Washington on Thursday.

“The loss of a family member is a tragedy, and Markus Paul was a loved and valued member of our family. He was a pleasant and calming influence in our strength room and throughout The Star,” Jones said in a statement. “His passion for his work and his enthusiasm for life earned him great respect and admiration from all of our players and the entire organization. We offer our love and support to his family in this very difficult time. Our hearts are broken for his family and all of the individuals whose lives he touched and made better.”