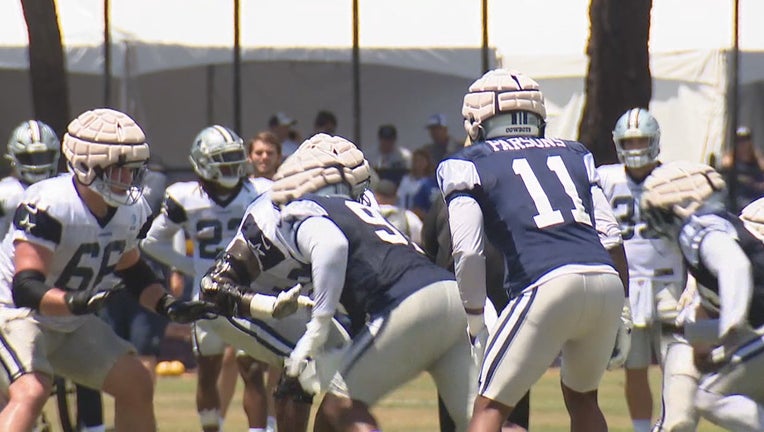 OXNARD, Calif. - The Cowboys are tired of scrimmaging against their own teammates. The players said they’re ready to go up against someone not wearing a Dallas jersey.

The team flew to Denver after Wednesday’s practice at training camp in Oxnard. Dallas will practice against the Broncos on Thursday and Friday.

After spending two weeks facing off against each other, Coach Mike McCarthy is looking forward to seeing how the team and the coaching staff look against an opponent.

"Frankly we've been working on Denver all morning, just trying to anticipate. Obviously, it's a new staff. We have a general idea of what they're going to be in and what the coordinators have all been talking, you know, the last seven to 10 days. So just getting them ready for this practice and the focus is going to be on the veteran players on Thursday. Then Friday we'll be more about the younger players. And Saturday we'll definitely tilt toward the younger players," he said.

After practices on Thursday and Friday, the Cowboys and the Broncos will play their first preseason game of the year Saturday night.