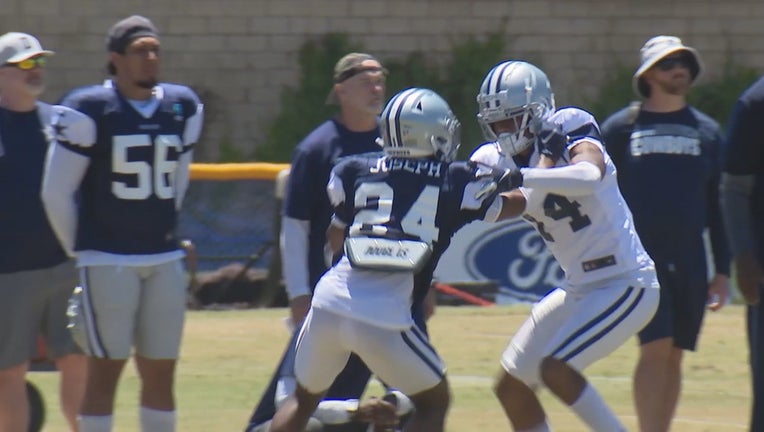 OXNARD, Calif. - A Dallas Cowboys rookie is impressing coaches as he fights for a starting job.

Cornerback Kelvin Joseph was taken in the second round of the draft.

It looks like second-year player Trevon Diggs will be one of the starting cornerbacks.

Joseph is competing against veteran Anthony Brown for the other spot.

"I’m blessed to be in that position to be competing for a starting spot as a rookie," he said. "I just gotta keep on doing me, just being the best I can be and just understanding my teammates, putting it all together to make our defense better."

Joseph will see his first game action Thursday night in the Hall of Fame game against Pittsburg.

The game is on FOX 4 with coverage starting at 6 p.m.