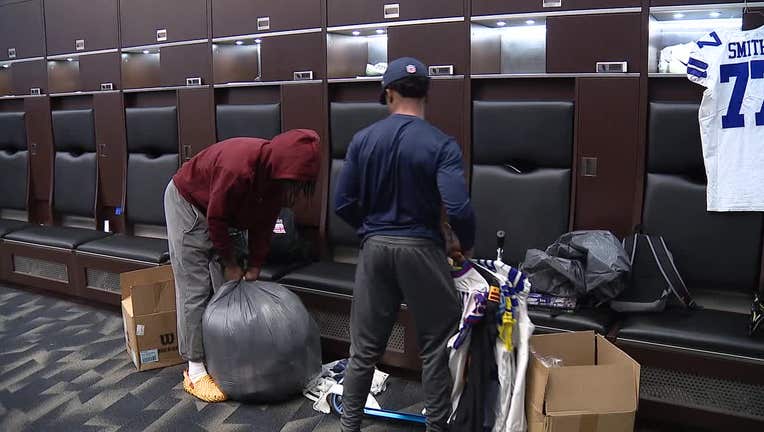 FRISCO, Texas - Dallas Cowboys players returned to The Star in Frisco to clean out their lockers one day after their playoff loss to the 49ers.

Rookie cornerback Daron Bland and receiver Ty Hilton were among those seen packing up their belongings. And cornerback Trevon Diggs rode a scooter through the locker room.

Bland said the loss was definitely a big letdown.

"It’s just the work we put in this year, seeing all these guys come every day – day in and day out and put in the work – and we can’t get the win. So…," he said and then shrugged his shoulders.

The Cowboys face some uncertainty going into the off-season – including the possibility of changes to the coaching staff.

Also, running back Ezekiel Elliott may have to take a pay cut to stay with the team.

He is set to earn nearly $11 million next season, but the Dallas Morning News reported he is open to re-negotiating that.

Elliott averaged less than four yards per carry this season, the lowest of his seven-year career.