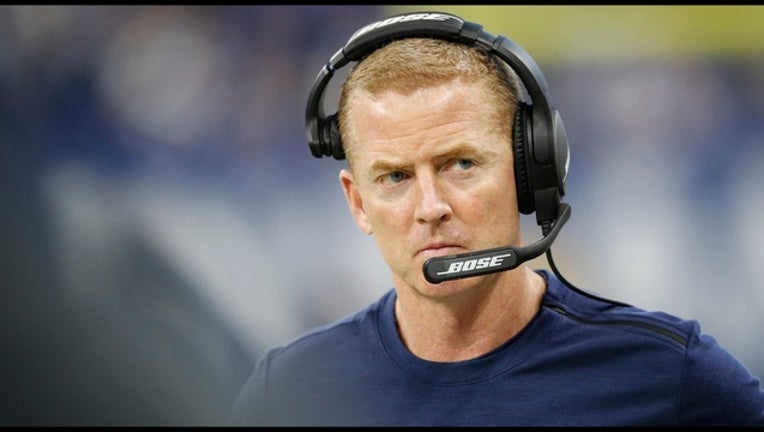 Dak Prescott and Amari Cooper worked in perfect unison through the air and Ezekiel Elliott decimated defenses on the ground.

On Sunday, the Cowboys got a humbling reminder of how fleeting success can be in the NFL. Cooper was a nonfactor, the Cowboys were forced to abandon the ground game in the second half, and their five-game winning streak and chance to clinch the NFC East came crashing down in a 23-0 loss at Indianapolis.

"We can't win like that," Dak Prescott said. "We're hurting ourselves, simple as that. Playing behind the chains, penalties, sacks, incompletions, whatever it may be. We just hurt ourselves from the beginning all the way to the end, and we never really gave ourselves a chance."

The Cowboys (8-6) will get another opportunity to wrap up the division crown next week at home against Tampa Bay. First they must figure out what went wrong on their first road trip in four weeks.

Dallas produced 292 yards in offense, its lowest total since Cooper was acquired in a Week 9 trade. Elliott carried the ball 18 times for 87 yards and had seven catches for 41 yards, but also was thrown for a 2-yard loss and lost a fumble on fourth-and-1 from the Colts 3 early in the second quarter.

While the Cowboys had chances to break through, the Colts (8-6) always had an answer - from Denico Autry's blocked field-goal attempt on the game's opening possession right down to George Odum's interception of Prescott deep in Colts territory on the Cowboys' final drive.

"We didn't play well enough in any phase of this game to win it," coach Jason Garrett said after Indy celebrated its first shutout in more than four years. "We didn't deserve to win, they did."

Even the Cowboys' usually reliable defense wore down.

Mack torched the league's No. 3 run defense for a career-high 139 yards on 22 carries and tied a career best with two rushing scores. While Indy has won seven of eight, this one came on a day Andrew Luck went 16 of 27 with 192 yards, no scores, no interceptions and no sacks.

"We were just able to sustain some drives and keep getting him (Mack) carries," Colts coach Frank Reich said. "We were really good on third down and that was big, because when you're good on third down, you just get more rushing attempts."

It also was crucial to holding the Cowboys' offense in check on a day the teams combined for 15 possessions.

The difference: Indy capitalized on virtually every Cowboys mistake. Tyquan Lewis' sack knocked the Cowboys out of field-goal range late in the first half, and a holding call against Anthony Brown on third down set up Adam Vinatieri's 43-yard field goal to make it 10-0 at the half.

Mack capped a seven-play drive with a 6-yard TD run to open the second half and Vinatieri sealed the win with two more field goals - immediately after Pierre Desir and Darius Leonard broke up passes.

"We didn't give ourselves a chance," Prescott said. "We weren't scoring and so it wasn't a complementary game of football. That's what we've been playing these last five weeks and we didn't do that tonight."