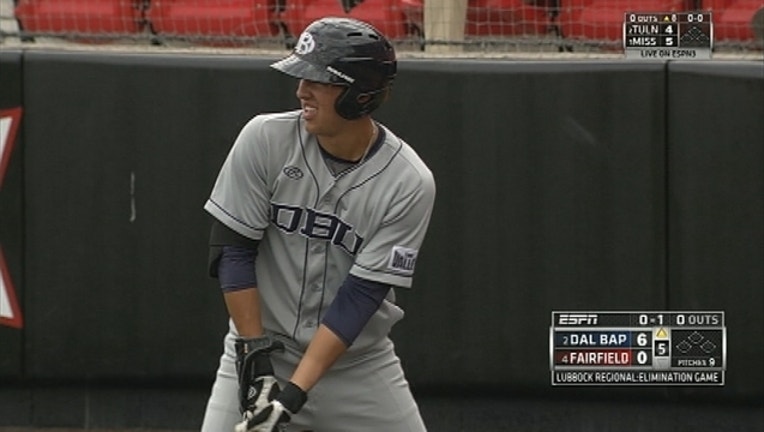 Second-seeded Dallas Baptist (42-18) moves on to face the Texas Tech-New Mexico loser on Sunday in another elimination game.

Hall allowed seven hits and five walks but struck out six and went 2 for 4 at the plate with three runs scored. Austin Lisi and Trooper Reynolds had three hits apiece to fuel a 14-hit attack.

Dallas Baptist built an 8-0 lead through five innings, but Fairfield chipped away and pushed three runs across in the final two innings. Gavin Wallace gave up six runs on nine hits and a walk over 3 1/3 innings for fourth-seeded Fairfield (32-26).