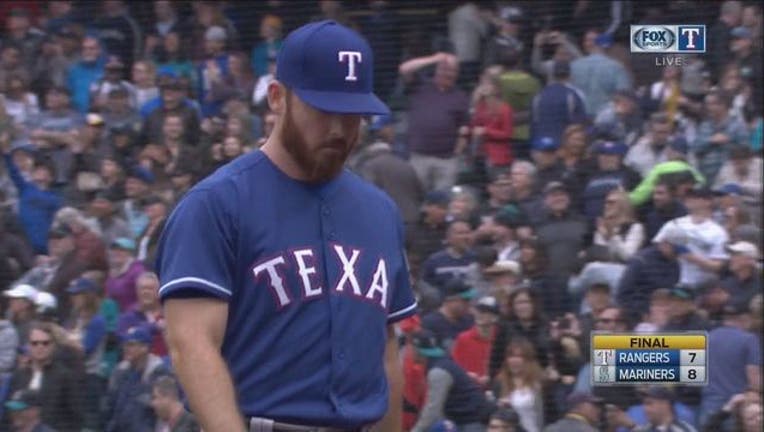 SEATTLE (AP) - Nelson Cruz singled in the tiebreaking run to cap a two-run, ninth-inning rally, and the Seattle Mariners overcame a five-run deficit to beat the Texas Rangers 8-7 on Sunday for a three-game sweep.

Nomar Mazara gave Texas a 7-6 lead when he led off the ninth against Edwin Diaz (1-1) with his fourth homer.

Pinch-hitter Jarrod Dyson reached on an infield single starting the bottom half, a ball deflected by reliever Sam Dyson (0-3). Jarrod Dyson stole second and took third when Leonys Martin reached on a bunt single that Dyson fielded only to find no one covering third.

Martin stole second, pinch-hitter Mike Freeman was walked intentionally and Mitch Haniger took a low 3-1 pitch for a bases-loaded walk. Robinson Cano hit into a forceout, and Cruz hit a sharp grounder up the middle. Shortstop Elvis Andrus snagged the ball with a dive, but his off-balance flip to second was off line as Freeman scored.