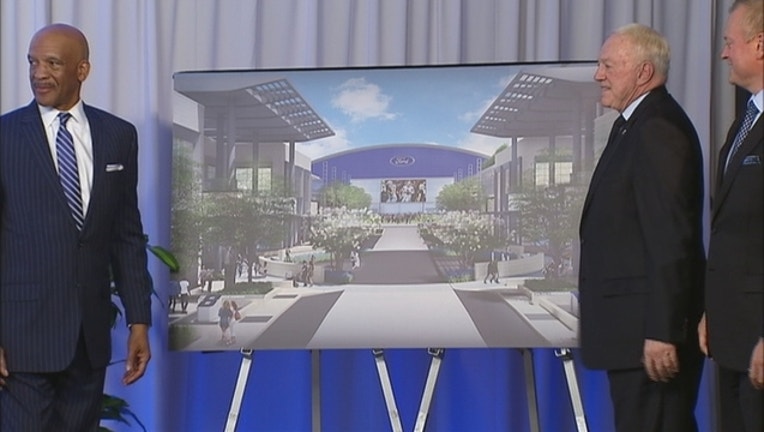 FRISCO, Texas (AP) — The new headquarters of the Dallas Cowboys will have a re-creation of the team's ring of honor that will include cleat prints of Roger Staubach and Drew Pearson 50 yards apart — the length of their famous touchdown play in a 1975 playoff game.

The Hall of Fame Dallas quarterback and one of his favorite receivers put their prints in concrete Wednesday during an event that also introduced several restaurants planned for The Star, the practice facility and planned mixed-use development.

The Cowboys are expected to move football operations to Frisco, about 30 miles north of Dallas, in August when they return from training camp in California. They currently practice in nearby Irving.

The 21 members of the Cowboys' ring of honor will have displays on the sidewalks of the complex near a 12,000-seat stadium that will house Dallas' indoor practices and high school games.