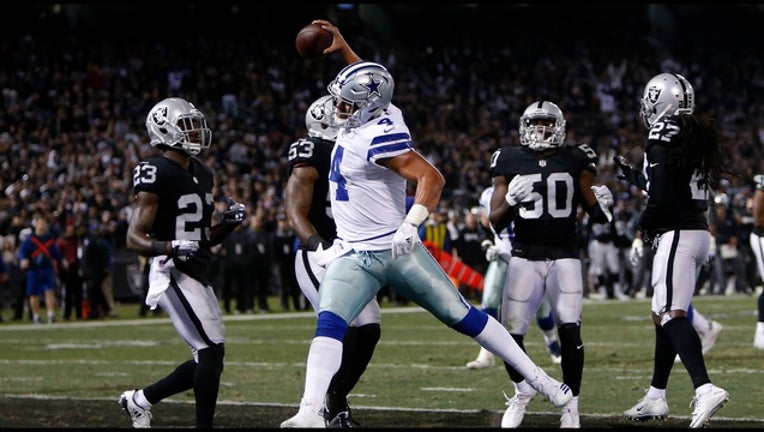 Dak Prescott #4 of the Dallas Cowboys celebrates scoring on a five-yard run against the Oakland Raiders during their NFL game at Oakland-Alameda County Coliseum on December 17, 2017 in Oakland, California. (Photo by Lachlan Cunningham/Getty Images)