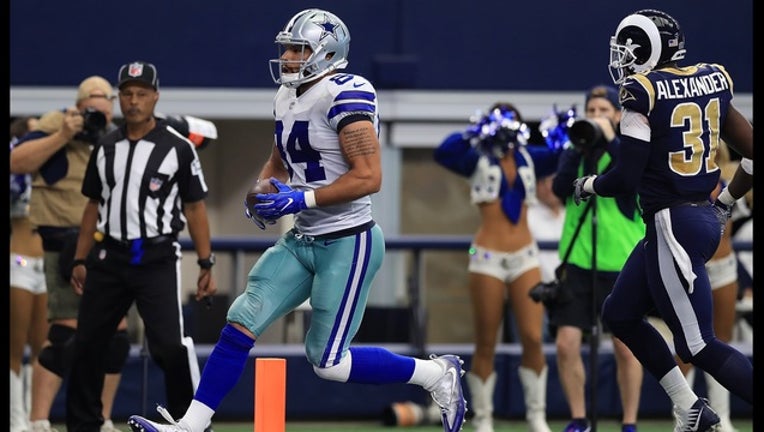 James Hanna #84 of the Dallas Cowboys scores a touchdown ahead of Maurice Alexander #31 of the Los Angeles Rams in the second half of a game at AT&T Stadium on October 1, 2017 in Arlington, Texas. (Photo by Ronald Martinez/Getty Images)

FRISCO, Texas (AP) - Dallas Cowboys tight end James Hanna is retiring because of a knee injury that has hampered him the past two seasons.

Hanna was placed on the reserve/retired list by the Cowboys on Friday after six years with the team. The 28-year-old played 78 games over five seasons, finishing with 37 catches for 374 yards and one touchdown.

The knee issue kept Hanna out all of 2016, but he played all 16 games last season. A sixth-round pick out of Oklahoma in 2012, Hanna was primarily a blocking tight end and special teams player.