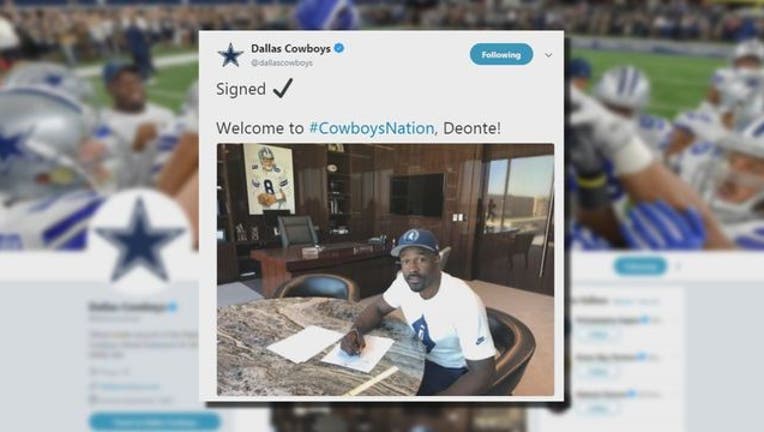 Thompson joined the Cowboys on Thursday, one day after veteran linebacker Joe Thomas agreed to a two-year deal and was their first acquisition since NFL free agency opened last week.

In six NFL seasons, Thompson has played 53 games for Baltimore, Buffalo and Chicago. The 6-foot receiver has 77 catches for 1,032 yards and four touchdowns, and 82 kickoff returns for a 24.8 yard average.