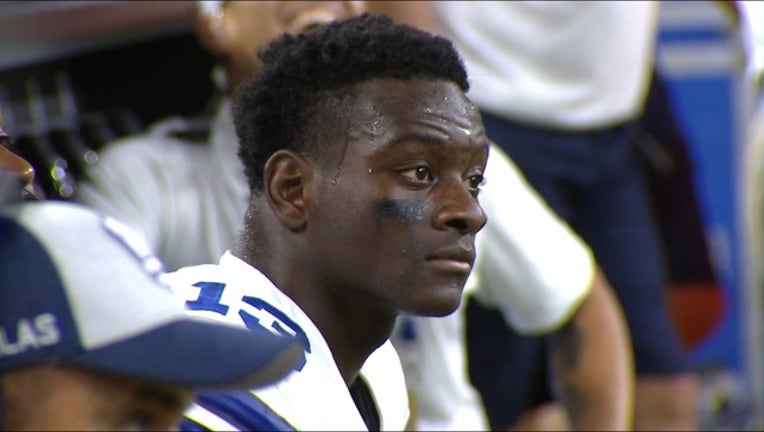 FRISCO, Texas (AP) - Dallas Cowboys rookie receiver Michael Gallup is away from the team after being told following a victory in Atlanta that his brother had died by suicide.

Coach Jason Garrett said on his radio show Monday that Gallup received the news after the Cowboys' 22-19 victory over the Falcons. Gallup didn't return to Dallas with the team, instead staying in Georgia with his family. His status for Thursday's game against Washington is unknown.

Sunday's game in Atlanta was something of a homecoming for Gallup, who was born and raised in Georgia. His only catch was a 10-yarder for a third-down conversion early in the winning drive. Brett Maher kicked a field goal as time expired.

Gallup was the first receiver drafted by the Cowboys after they released franchise touchdown catch leader Dez Bryant in the offseason. A third-round pick out of Colorado State, Gallup has 16 catches for 285 yards and a touchdown.