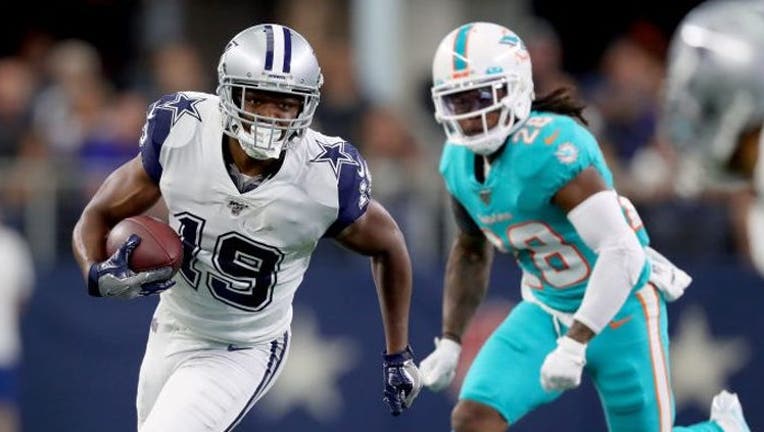 FRISCO, Texas - The Dallas Cowboys are averaging 32 points and 481 yards per game during their first 3-0 start since 2008, and the defending NFC East champions already have a two-game lead in the division.

Because Dallas has won each game by at least 10 points, it feels a little more like 2007 — the only time in the past 35 years, including all three Super Bowl seasons in the 1990s, that the Cowboys went five games before losing.

"I know that I've thought we missed a great opportunity in '07, to not knock on the door of the Super Bowl," owner Jerry Jones said after Sunday's 31-6 victory over the Miami Dolphins.

"When you've got that going for you and you have got all that working together, you've really got to step up there and get it done. I think we're as talented as we were at any of those times."

Dallas went 13-3 and had a first-round bye 12 years ago before losing at home to the New York Giants in a divisional playoff. Quarterback Dak Prescott and running back Ezekiel Elliott did the same thing as rookies in 2016, losing the divisional playoff to Green Bay.

But the 2016 NFL Offensive Rookie of the Year is three years wiser — despite Prescott's ill-conceived interception against the dismantled Dolphins — and Elliott has won two rushing titles.

In the second half against Miami, the defense finally looked a little more like the 2018 unit that played a big part in Dallas making the playoffs. The Dolphins didn't score while gaining just 67 yards after halftime.

"Forget the record," Prescott said. "This team can be really good, and we have to focus on that and how we get there. I promise you those guys in the locker room that we have are going to come in with the mindset of how we are going to get better and not about the fact that we're 3-0."

The Cowboys thought they found a hidden gem in the fourth round in Memphis running back Tony Pollard.

The rookie showed it again in his most extensive regular-season action, getting 103 yards on 13 carries and his first touchdown, a 16-yarder. With Elliott's 125-yard day, the Cowboys had two 100-yard rushers in the same game for the first time since Hall of Famer Emmitt Smith did it alongside Chris Warren in 1998.

Prescott's interception was a bad one — a deep throw into a mass of defensive backs after he had more than enough time to throw ("went through every read probably three times, I guess"). A quarterback whose strength has always been protecting the ball has interceptions in consecutive games, both on messy plays. Prescott needs to get back to making sure the messy plays don't result in turnovers.

The pass rushing tandem of DeMarcus Lawrence and Robert Quinn looked promising at first glance. Each had a sack as the Cowboys finished with three. Quinn was making his Dallas debut following a two-game suspension for performance enhancers.

The team's first 100-yard penalty day of the season (eight for 100) included a holding call against left guard Connor Williams that wiped out a 74-yard touchdown pass to Randall Cobb.

Third and 20 — Prescott's 33-yard completion to Jason Witten converted that long third down. It was a broken play, with Prescott scrambling to the open field and forcing Witten's defender to close. The 37-year-old Witten, in his record 16th season, caught the touch pass over the shoulder on the run along the sideline. "Me playing a little backyard football and a guy that's played football for a long time," Prescott said.

After being 22-point favorites against the rebuilding Dolphins, the Cowboys get the Saints without Drew Brees on Sunday in New Orleans, although Teddy Bridgewater helped lead a win over Seattle.