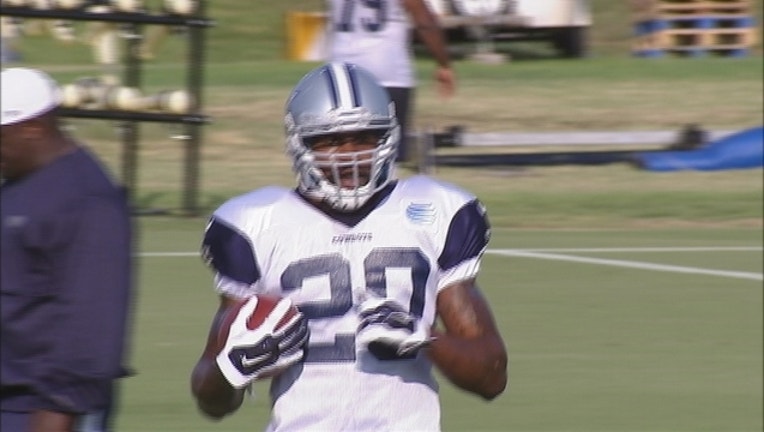 IRVING, Texas (AP) — Dallas running back Darren McFadden fractured his right elbow in an accident at home and will likely be sidelined at the start of training camp.

Cowboys coach Jason Garrett said the accident happened during Memorial Day weekend, and McFadden returned for voluntary workouts last week. Garrett said the fracture was discovered during a physical before the mandatory minicamp that started Tuesday.

McFadden, who had surgery Tuesday, was fourth in the NFL in rushing last season with 1,089 yards. Garrett said McFadden would be out "at least a couple of months," with the team hoping he'll be ready for the season opener. Training camp starts in late July in California.

An eight-year veteran, McFadden missed the day that was open to reporters during the second week of voluntary workouts after the holiday weekend before returning last week.

"He's a tough guy. That's one of the things we know about McFadden," Garrett said. "He didn't say anything to anybody. At the end of the week he went to our trainers. The X-rays certainly helped us identify what the problem was."

Dallas drafted former Ohio State star Ezekiel Elliott with the fourth overall pick in the draft, and the rookie had been sharing first-team work with last year's leading rusher in McFadden. The Cowboys also signed free agent Alfred Morris, who made the Pro Bowl twice in Washington.

"You want to be deep at all positions," Garrett said. "It's hard to do that in the NFL in this day and age with the salary caps and the like, but it's good to have quality football players at that spot with this injury."

McFadden had seven mostly disappointing and injury-plagued seasons in Oakland after the Raiders drafted him fourth overall in 2008. He played all 16 games for the second straight season in 2015 — the only two times he's done so in his career.