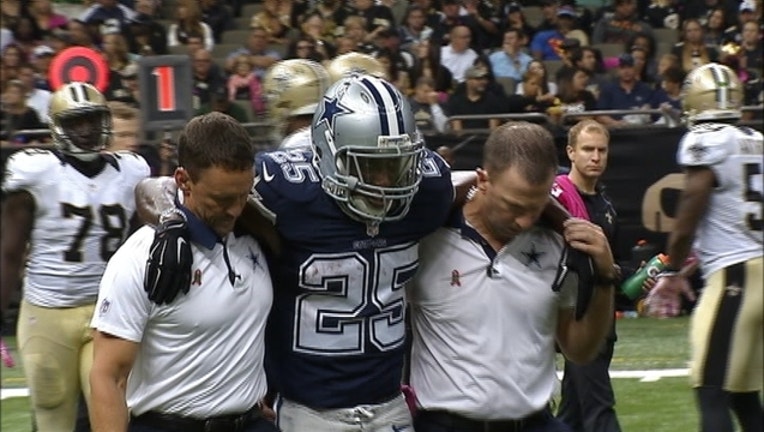 IRVING, Texas (AP) — Dallas running back Lance Dunbar will miss the rest of the season with what appears to be a torn anterior cruciate ligament in his left knee, the latest major injury for an offense already missing stars Tony Romo and Dez Bryant.

Coach Jason Garrett said Monday an MRI would determine the damage in Dunbar's knee and that a decision on surgery would come later. Dunbar injured the knee returning the second-half kickoff in a 26-20 overtime loss at New Orleans on Sunday.

Romo is out at least five more games after missing two with a broken left collarbone. Bryant could return from a broken right foot later this month.