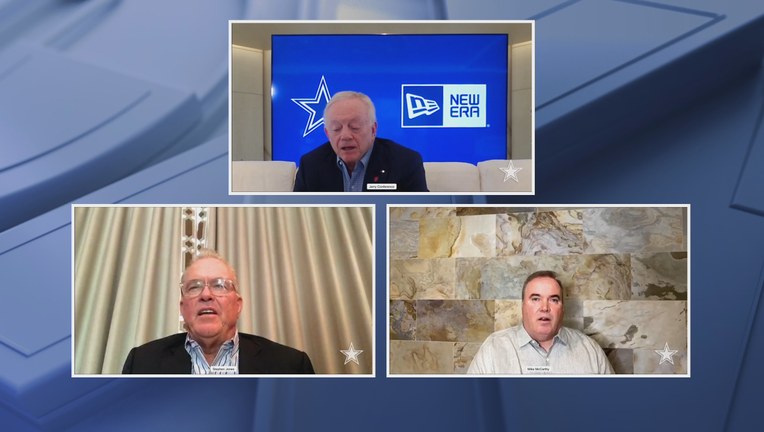 This year’s draft has the potential to be very entertaining simply given the fact that it will be remote in nature with coaches and owners dispersed across the country.

Cowboys owner Jerry Jones will not be as earlier reported in the same home as his son, CEO Stephen Jones. They, along with Coach Mike McCarthy, assistant coaches, all of the team’s scouts and medical advisors, supposedly will be sitting in different locations.

“I’m very comfortable that the technical capability is very much here to have an exciting if you will, not only an efficient but one that has complete fairness in it. I think it will also allow for the creativeness of the trades,” Jerry Jones said.

"I think all that if that's the way it turns out can be productive. And I think everybody can have their opinions. We're gonna have as usual our medical opinions, our ways that we go about it off the field work. We'll have those obviously at a point where we feel really good about them. And then at the end, you know, how it always works is Jerry will put all of that in his computer and he ultimately makes the final call," Stephen Jones said.

The Cowboys have the 17th pick in round one.

Most analysts think they’ll go for a defensive player. They’ll claim they won’t draft for need and if an outstanding receiver like CeeDee Lamb of Oklahoma somehow drops to them, it will be difficult to resist.

The Cowboys draft philosophy can be criticized to be sure but with first-round picks they’ve been good in the last 10 years, drafting names like Zack Martin, Tyron Smith, Travis Frederick, Dez Bryant and Byron Jones.

All are Pro Bowlers and the Cowboys hope to pick up another one Thursday night.