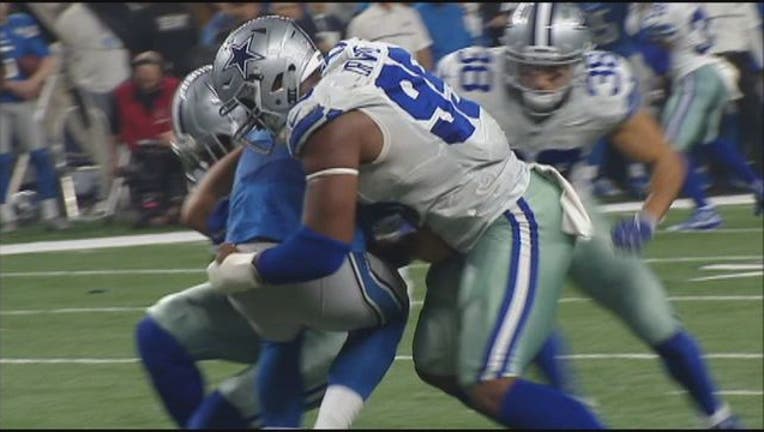 FRISCO, Texas (AP) - Dallas defensive end David Irving has been suspended the first four games of the season for violating the NFL's policy against performance-enhancing drugs.

The ban announced Wednesday leaves the Cowboys without two potential starting pass rushers because of suspensions. Randy Gregory, a second-round pick who slid in the 2015 draft because of concerns over marijuana use, is likely to miss the entire season for multiple violations of the substance-abuse policy.

Irving, one of the team's best pass rushers at the end of last season, can return Oct. 8 against Green Bay at home. The third-year player is eligible for training camp and preseason practices and games.

It's the third straight year that Dallas will begin the season with at least two defensive players suspended, and the Cowboys could have a third. Cornerback Nolan Carroll, a free agent pickup from Philadelphia, faces a two-game ban over his arrest on a drunken-driving charge in Dallas.