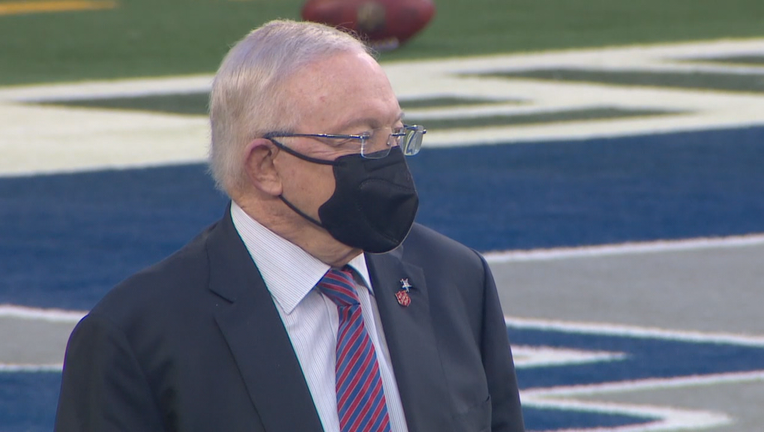 DALLAS - Dallas Cowboys owner Jerry Jones is disappointed in not making the playoffs this season but said he still believes in head coach Mike McCarthy.

Jones said the pandemic played a big role in the Cowboys’ 2020 struggles.

He’s also proud of what he called a world-record for attendance during the pandemic.

But on his radio show, Jones admitted not winning enough football games is a failure.

"I look at these teams playing today, that’s going to play this weekend. Now they managed to figure out how to do it. We didn’t. Now they managed how to get to the playoffs. And they’ll be one of them that manages to win the Super Bowl. There are teams that are in the playoffs that have new coaches. The fact that not getting it done, the fact we’re not in the playoffs right now, the fact that we don’t have a chance to get in that Super Bowl, all of that just makes me sick," he said.

Jones also said the team has a lot of work ahead of itself this off-season that includes re-signing quarterback Dak Prescott.