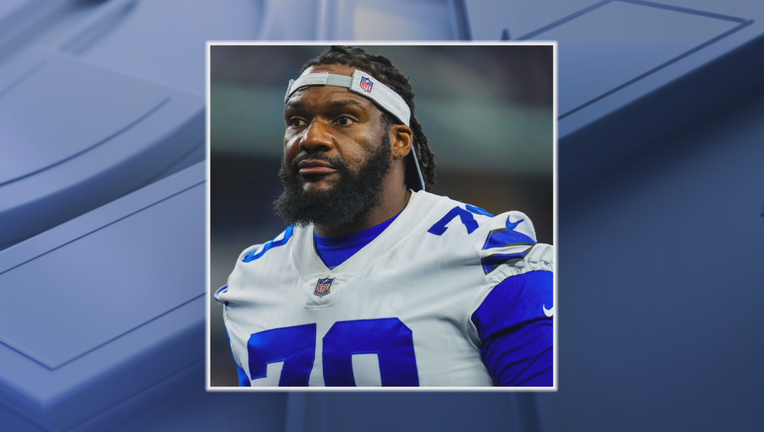 FRISCO, Texas - Dallas Cowboys offensive lineman Ty Nsekhe is out for Sunday's game at the Los Angeles Chargers after being hospitalized overnight because of heat illness.

Coach Mike McCarthy said Nsekhe was treated after practice Thursday, and the athletic trainers decided to send him to the hospital because they didn't like the way the 35-year-old was responding to rehydration.

The Cowboys have been practicing mostly outside since training camp ended, with temperatures generally in the 80s and low 90s. The temperature was approaching 90 degrees with about 50% humidity at the end of the roughly two-hour practice, the team's longest of the week.

McCarthy said Nsekhe left the hospital Friday morning, but the coach said he didn't have further details. The Cowboys travel to L.A. on Saturday.

Nsekhe was a consideration to replace right tackle La'el Collins, who is starting a five-game suspension for violating the NFL's substance-abuse policy. Owner and general manager Jerry Jones said on his radio show early in the week that undrafted second-year player Terence Steele would start.

The Cowboys signed Nsekhe for depth at tackle after he spent the previous two seasons with Buffalo. All but one of his 17 career starts were with Washington from 2015-19. Nsekhe also had stints with St. Louis and New Orleans after beginning his career in arena football.

Nsekhe played high school football in the Dallas area and stayed in his home state for college at Texas State and Tarleton State.