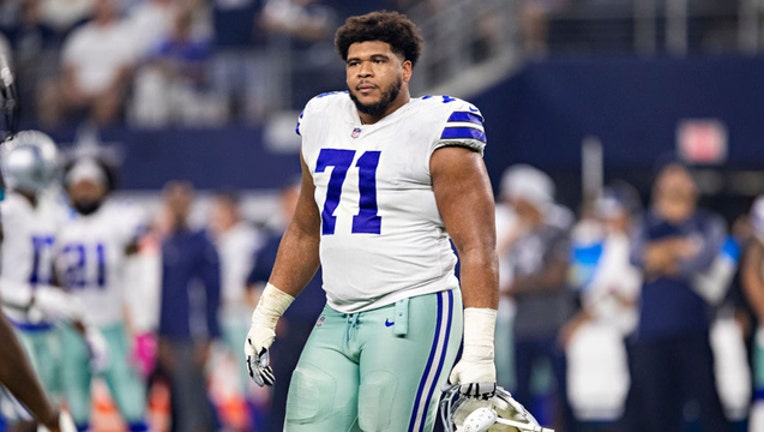 FRISCO, Texas (AP) - The Dallas Cowboys and right tackle La'el Collins have agreed on a new contract, the second extension to get settled during star running back Ezekiel Elliott's holdout.

The deal signed Tuesday is for $50 million over five years with $35 million guaranteed. It's the second extension Collins and the Cowboys have negotiated since he chose them as an undrafted free agent in 2015.

Collins was expected to be a high pick in the draft when his name surfaced in a police investigation into the shooting death of a woman the former LSU player knew in his hometown of Baton Rouge, Louisiana.

Collins was cleared in the case, but the timing cost him millions. Now his career earnings are set to surpass $50 million after two years at right tackle.

The 26-year-old Collins was at left guard his first two seasons. He became the starter during his rookie year before being limited to three games because of a toe injury in 2016.

Collins signed a $15.4 million, two-year extension in 2017 and was going into the final year of that deal. Elliott is seeking an extension with two years remaining on the two-time rushing champion's rookie contract.

The extension with Collins comes two weeks after linebacker Jaylon Smith signed a $64 million, five-year extension with $33.5 million guaranteed. Elliott has been holding out since the start of camp in California in July.