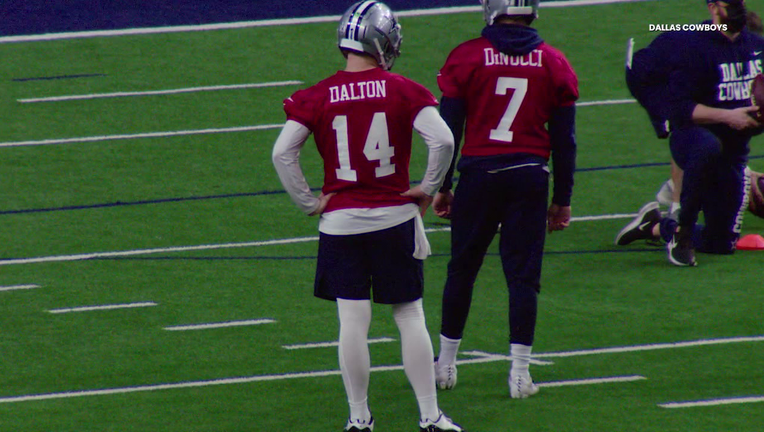 FRISCO, Texas - The Dallas Cowboys need a win on the road Sunday over the New York Giants to have a chance at making the playoffs.

They also need Washington to lose Sunday night to Philadelphia. That would give Dallas the NFC East title with a 7-9 record.

A month ago, the season seemed to be lost. But suddenly, things have changed. Dallas is on a three-game winning streak and the Giants have lost three straight.

The Cowboys defense is playing a better game and so is quarterback Andy Dalton, who is still filling in for the injured Dak Prescott.

Dalton battled COVID-19 and a concussion but his leadership has helped the Cowboys keep their playoff hopes alive.

"You know he had the pedigree. I mean there's no question. He'd been to the Pro Bowl. He's been to the playoffs. So I thought it was a fantastic sign. It's unfortunate he got his opportunity because Dak got hurt but I think right now he's coming into his own," said Coach Dave Wannstedt, a FOX Sports analyst.

The Cowboys and the New York Giants play Sunday at noon on FOX 4. Coverage starts at 10 a.m.