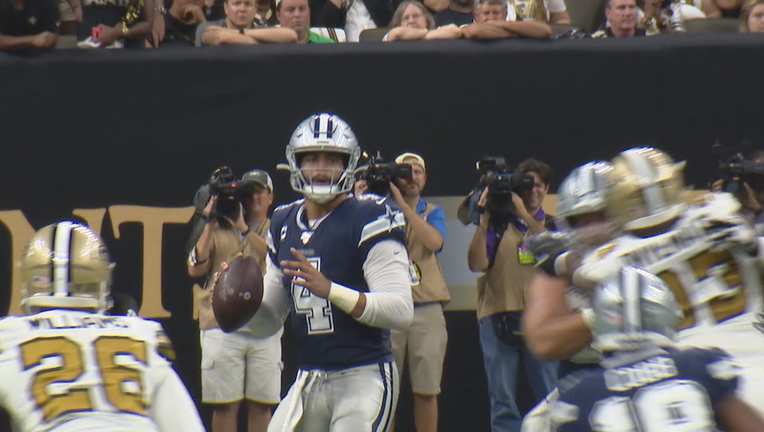 ARLINGTON, Texas - Dallas is gearing up for Sunday’s game against Green Bay. Just like the Cowboys, the Packers are coming to AT&T Stadium in Arlington after a loss.

The veteran tight tend said his teammates are moving forward and not dwelling on the past.

“I feel good about where we’re at. I mean, that’s a good football team. I think this team is going to be a really good team. We’ve got a lot of clean up I think just like I said after the Miami game, you know. The teams that play in January, they’re the ones that continue to get better and learn from it. So you’ve got to go in there unemotionally, watch the tape, build on the good and learn from the bad,” Witten said.

This Sunday is filled with football on FOX 4. It all starts with FOX NFL Kickoff at 10 a.m. Then at noon, the Minnesota Vikings play the New York Giants.

The Cowboys’ home game against Green Bay starts at 3:25 p.m. Coverage wraps up that night with Free 4 All at 10 p.m.