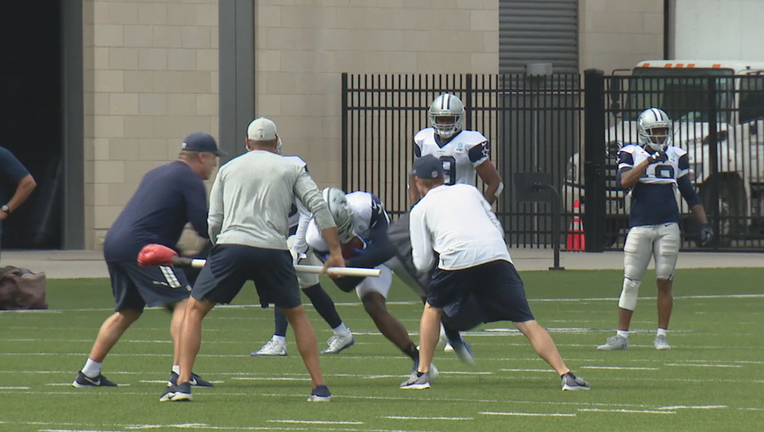 ARLINGTON, Texas - The Cowboys are determined to end a two-game skid Sunday against the New York Jets.

Dallas is coming off a horrible performance against Green Bay. The offense was inconsistent while the defense was turned into Swiss cheese by the Packers’ running game.

Players like defensive end DeMarcus Lawrence know things must improve and it needs to start Sunday in New Jersey.

Offensively, the slow start, turnovers and penalties were too much to come back from. Luckily the Cowboys are still 3-2 and it’s early enough in the season to correct those things.

“Yeah, you know. I think we pride ourselves in taking care of the ball and not hurting ourselves. And we kinda did that the past couple of weeks. We kinda put ourselves in bad positions and made it tough to overcome. You know, when you get down 21 it’s tough to overcome in this league. We continued to fight and we scratched and crawled to get back into the game but at the end we were too deep in the whole,” said wide receiver Randall Cobb.

“It’s a lot of basic small things. The good thing is we’re moving the ball. We’re just shooting ourselves in the foot doing a lot of dumb penalties and things we can’t have killing our momentum. So if we eliminate those things you know we’re a well-oiled machine,” running back Ezekiel Elliott added.

Kickoff for Sunday’s game against the jets is at 1:25 p.m.