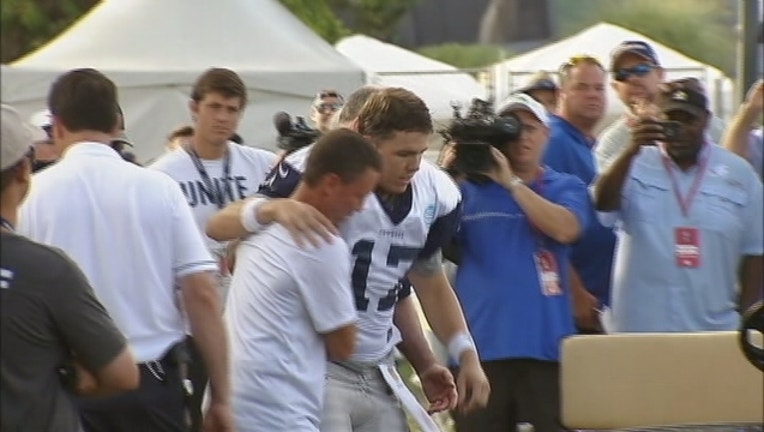 OXNARD, Calif. (AP) — The Cowboys are in no rush to get a veteran quarterback behind Tony Romo, even though executive vice president of personnel Stephen Jones has said they want to add one after Kellen Moore broke his right ankle in training camp.

Dallas was in on the pursuit of free agent Nick Foles a day after Moore's injury in practice Tuesday, but the former NFC East rival in Philadelphia agreed to a deal with Kansas City.

For now, the Cowboys will give longer looks to a pair of young players with no NFL experience: rookie fourth-round pick Dak Prescott and second-year player Jameill Showers, who spent most of last season on the practice squad.

Prescott ran the first team in practice Thursday while Romo took the day off.