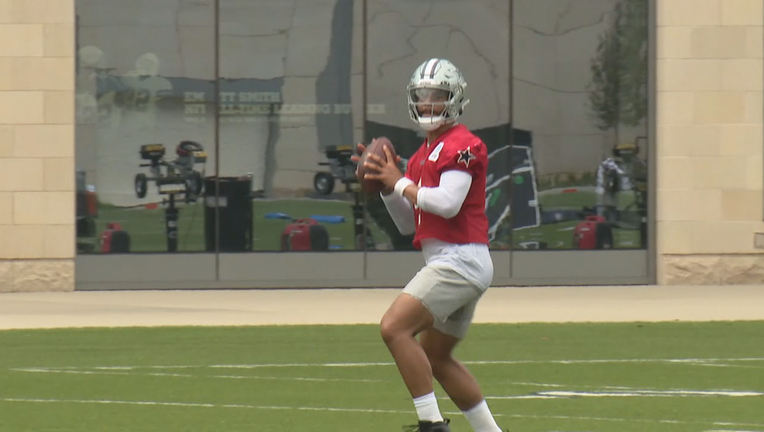 FRISCO, Texas - The Dallas Cowboys' final workout of the spring is Thursday morning in Frisco.

The team has been giving first-round draft pick Micah Parsons some reps at defensive end.

He was drafted out of Penn State as a linebacker.

"That was a big one for my confidence being able to pivot and being able to turn left, get out there right, change directions and not feel anything. Then look at the tape and realize day by day I’m running more smoother. I’m getting better. I’m using my leg more as I throw. And those are all building blocks and stepping stones for me to get where I want to be. It’s just exciting," he said.

It’s not official but the Cowboys hope to return to Oxnard, California for training camp next month.

They held camp in North Texas last year because of the pandemic.