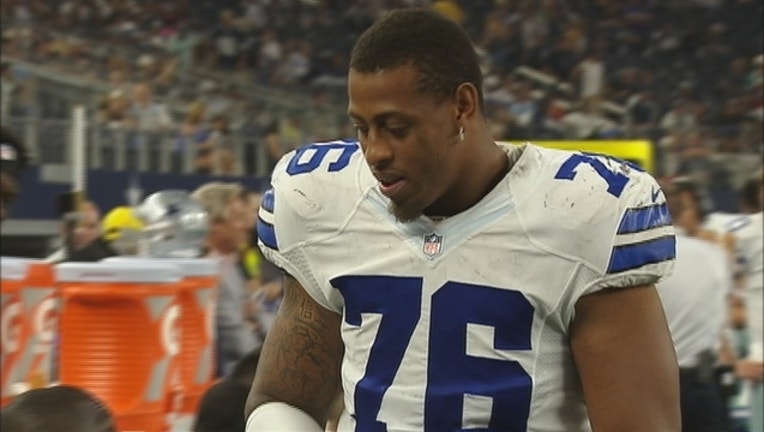 IRVING, Texas (AP) — Suspended Dallas defensive end Greg Hardy says he won't try to get his four-game ban reduced or eliminated by pursuing a case against the NFL in federal court.

Hardy said in a statement released through the NFL Players Association on Thursday that he is "absolutely determined that my issue is not going to be a distraction for the Cowboys."

The former Carolina player was suspended 10 games by Commissioner Roger Goodell for his role in a domestic violence case in North Carolina. An arbitrator reduced the suspension on appeal. Hardy missed all but one game with Carolina last year while on the commissioner's exempt list, but received his $13 million salary.