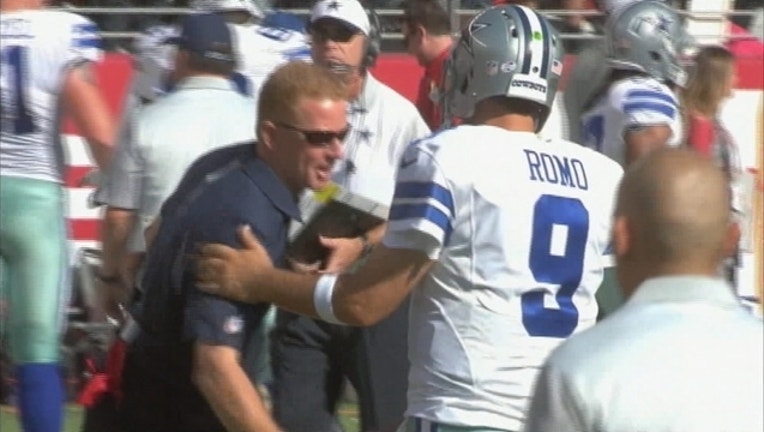 Purcell, a practice-squad player in 2013 and for all but the final two games last season, provided the highlight again after his six-tackle day in an Aug. 15 preseason opener loss at Houston.

Dallas quarterback Tony Romo's day was done after one three-and-out series then the Cowboys turned to Brandon Weeden, who left with a possible head injury.

The Cowboys were expected to be cautious with Romo and Co. at Levi's Stadium, where the troublesome grass held up after causing concern for coach Jason Garrett and owner Jerry Jones.

Craig Dahl also added an interception for San Francisco against third-stringer Vaughan. Quinton Patton blocked a fourth-quarter punt by Tom Hornsey and scooped it up in the end zone for a 49ers touchdown.