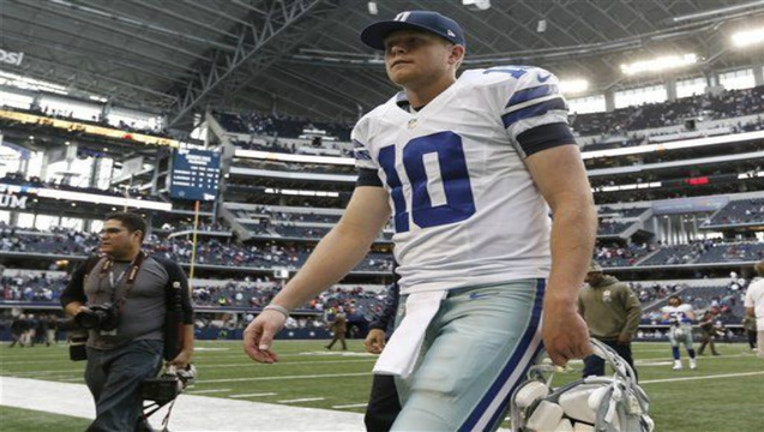 IRVING, Texas (AP) — Quarterbacks Dustin Vaughan and Jameill Showers have been cut by the Dallas Cowboys, leaving Brandon Weeden as the only quarterback on the 53-man roster behind Tony Romo.

In addition to the 20 players cut Saturday by Dallas, defensive end Greg Hardy and linebacker Rolando McClain were put on the reserve/suspended list. Both face four-game NFL suspensions, Hardy under the league's personal conduct policy and McClain under the substance-abuse policy.

Vaughan made the 53-man roster out of camp as an undrafted free agent and third quarterback last season, and had played all of the final preseason game Thursday night. Vaughan and Showers are eligible for the Cowboys' practice squad if they clear waivers.

Among other cuts were running backs Ben Malena and Gus Johnson, and receiver A.J. Jenkins, a 2012 first-round pick by San Francisco signed in May.