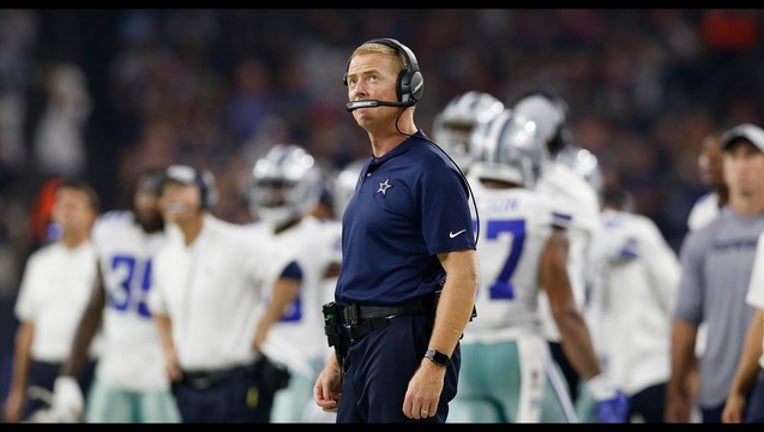 HOUSTON, TX - OCTOBER 07: Head coach Jason Garrett of the Dallas Cowboys looks on from the sideline in the second quarter against the Houston Texans at NRG Stadium on October 7, 2018 in Houston, Texas. (Photo by Tim Warner/Getty Images)

The coaching staffs of the Los Angeles Chargers and Dallas Cowboys have been selected to lead the Pro Bowl teams.

Anthony Lynn and his Chargers' staff will coach the AFC team while Jason Garrett and his Cowboys' staff coach the NFC team.