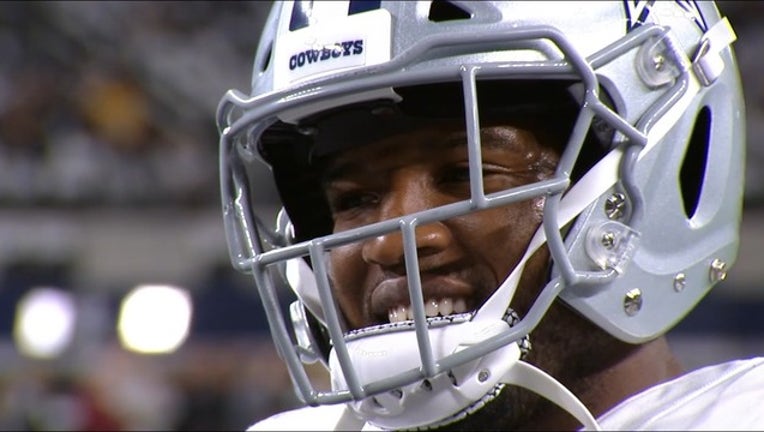 OXNARD, Calif. (AP) - The Dallas Cowboys are bringing back running back Alfred Morris with two-time rushing champion Ezekiel Elliott holding out of training camp while seeking a new contract.

Agent Michael Katz says Morris agreed to terms Monday, the third day of practices without Elliott. Morris was the replacement back for the Cowboys when Elliott was suspended for six games over domestic violence allegations two years ago.

The 30-year-old Morris spent two seasons with the Cowboys, signing in 2016 before Dallas made Elliott the fourth overall pick in that year's draft. Morris was Elliott's backup both years.

In six games as Elliott's replacement in 2017, Morris ran for 430 yards and a touchdown. He made the Pro Bowl each of his first two seasons with Washington, rushing for a career-high 1,613 yards as a rookie in 2012. Morris spent last season as a backup in San Francisco.

Morris, a sixth-round pick by the Redskins, has 5,931 yards and 34 touchdowns.