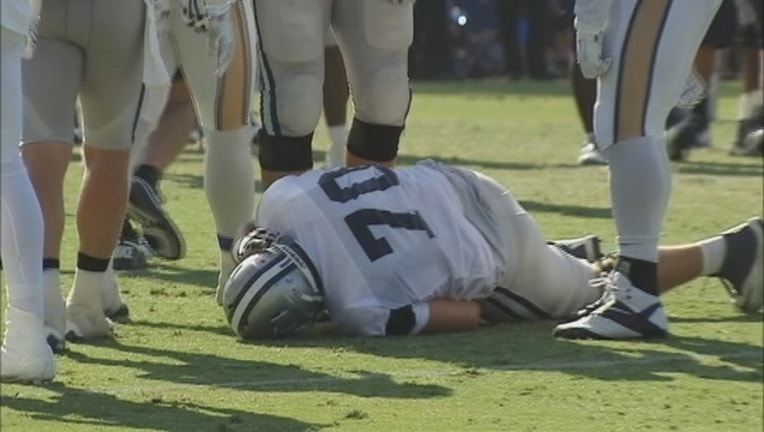 Martin went to the ground after making contact with a Rams defender and stayed down for several minutes before walking off the field on his own Tuesday.

Cowboys executive vice president Stephen Jones said he hoped the injury was no more than a so-called "stinger," but that it was too early to tell. He and Cowboys owner Jerry Jones were among those around Martin while he was checked by the medical staff.

A first-round pick out of Notre Dame last year, Martin was the first rookie All-Pro for the Cowboys since running back Calvin Hill in 1969.