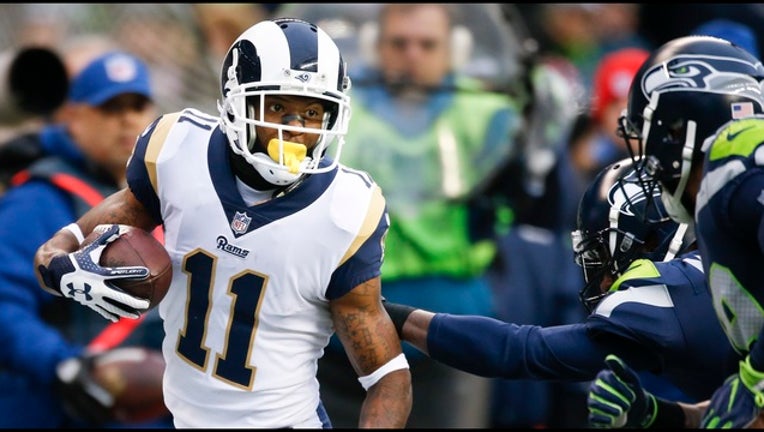 Wide receiver Tavon Austin #11 of the Los Angeles Rams rushes against the Seattle Seahawks during the third quarter of the game at CenturyLink Field on December 17, 2017 in Seattle, Washington. (Photo by Otto Greule Jr /Getty Images)

It's the second trade of the day for the Cowboys involving a receiver, this time with one leaving instead of coming in. Dallas got Tavon Austin, the eighth overall pick in 2013, from the Los Angeles Rams for a sixth-round pick.

Ward was a healthy scratch most of last season, playing five games despite being a second-round pick in 2016. He had his only career sack in 2017. Ward has played both end and tackle on the defensive line.

Switzer was a fourth-round pick last year with the idea that he would become the primary kick returner. The highlight of his rookie season was an 83-yard punt return for a touchdown in a win over Washington.