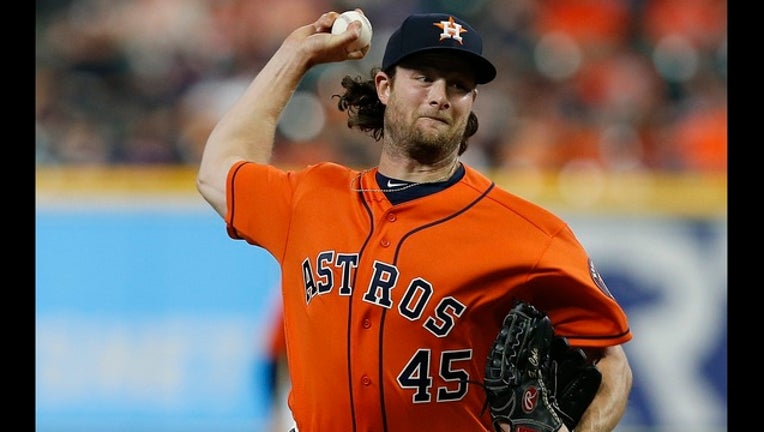 Gerrit Cole #45 of the Houston Astros pitches in the first inning against the Texas Rangers at Minute Maid Park on April 13, 2018 in Houston, Texas. (Photo by Bob Levey/Getty Images)

HOUSTON (AP) - Gerrit Cole struck out a career-high 14 in seven innings and Derek Fisher scored the go-ahead run on Drew Robinson's error in the eighth, sending the Houston Astros to a 3-2 victory over the Texas Rangers on Friday night.

Cole allowed two runs and three hits. The ace right-hander has 36 strikeouts in 21 innings in his first three starts with Houston after he was acquired in an offseason trade with Pittsburgh.

Fisher came in to run for Evan Gattis after he walked with one out. Marwin Gonzalez followed with a single to center off Kevin Jepsen (0-2), and Fisher scored all the way from first after Robinson misplayed the ball.