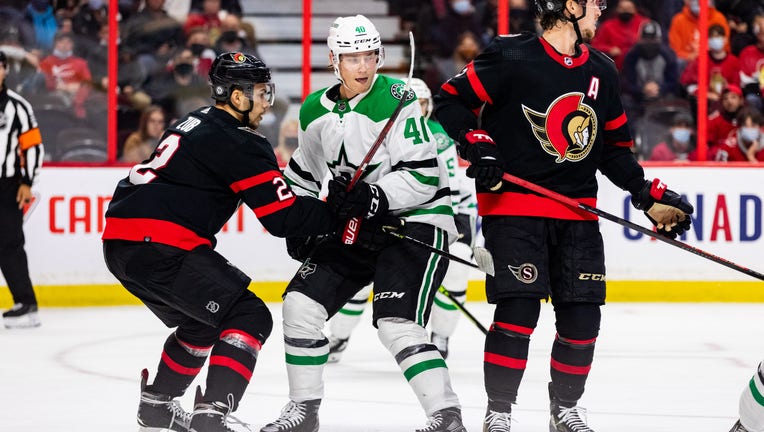 Nick Paul also scored for Ottawa and Connor Brown had three assists to reach 100 for his career. Gustavsson played his first regular-season NHL game since May 12.

The Senators improved to 2-1-0, rebounding from a 3-1 loss at Toronto on Saturday night in the second game of an opening home-and-home series with the Maple Leafs.

Michael Raffl and Joe Pavelski scored for Dallas. Anton Khudobin made 24 saves. He lost to Ottawa for the first time in his career after opening 8-0-2 against the Senators.

Tierney gave Ottawa a 2-1 lead when Shane Pinto's shot deflected off his chest at 9:20 of the second. With a minute remaining in the period, Tierney took a pass from Zach Sanford and pushed the puck toward the net to beat Khudobin.

Pavelski scored for Dallas with 5:43 left in the third.

Raffl opened the scoring at 4:34 of the first on Dallas' first shot. Fifty seconds later, Paul tucked a backhander under the crossbar to tie it.

Stars: At Pittsburgh on Tuesday night.