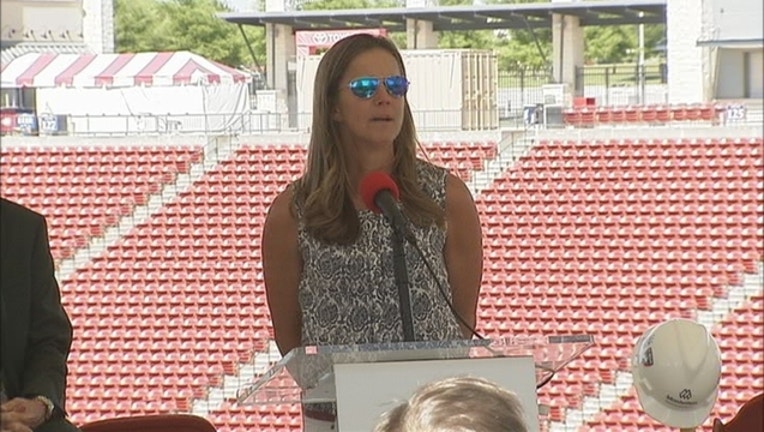 Chastain, who scored the winning goal in the 1999 World Cup final shootout against China, was selected on the player ballot. MacMillan, her teammate on that squad, was voted in on the veteran ballot. Garber was chosen on the builder ballot.

Chastain played 12 seasons of international soccer, scoring 30 goals in 192 matches. She also won a World Cup in 1991, and earned Olympic gold in 1996 and 2004. She was the first U.S. player to score five goals in one match, in 1991 World Cup qualifying as a forward. She later became a mainstay on defense.

MacMillan also was on the 1996 Olympic team. She scored 60 goals in 12 international seasons and was the 2002 U.S. Soccer Female Player of the Year.

Garber, in his 17th year as MLS commissioner, was cited for his work growing the sport in the United States.