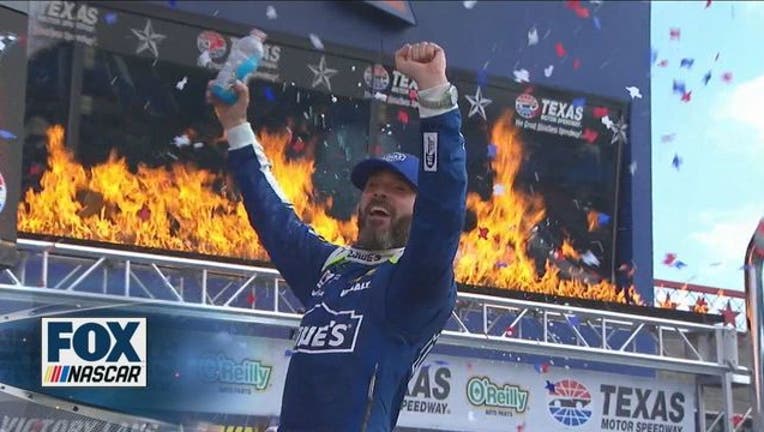 FORT WORTH, Texas (AP) - Jimmie Johnson got his first win of the season, going from the back for the field to Victory Lane on Sunday at a Texas track that has changed since his first six wins there.

This was the first Cup race in Texas since the 1 1/2-mile facility was completely repaved and changes made to Turns 1 and 2 earlier this year. It was Johnson's seventh victory at Texas, six in the last 10 races there.

Johnson had to start at the back of the 40-car field because of a tire change after a spin in qualifying.

Ryan Blaney won the first two stages and gave Wood Brothers Racing, the oldest active team in NASCAR, its longest front-running car in a race in 35 years. He went on to finish 12th.