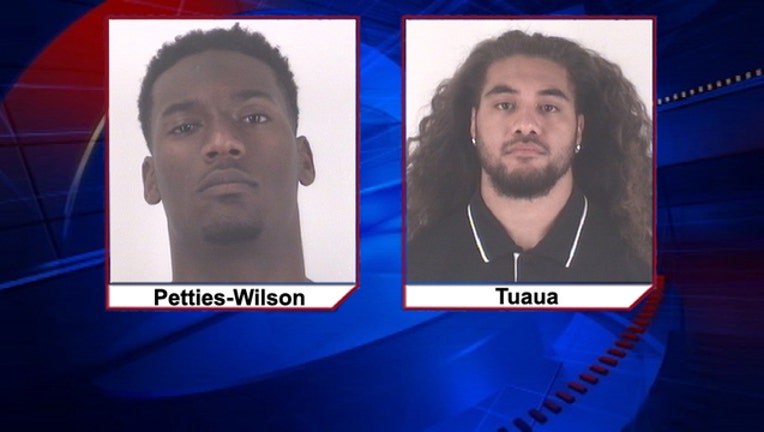 Police say the case against two TCU football players accused of stealing a case of beer while attacking another student and his friends has been closed with no charges being filed.

The two were arrested last week on charges of robbery-bodily injury. The incident happened Sept. 4, a day after the fourth-ranked Horned Frogs beat Minnesota in their season opener. Tuaua and Petties-Wilson played against the Golden Gophers but missed the past three games.

Both have been reinstated and are eligible to play against Texas on Saturday.