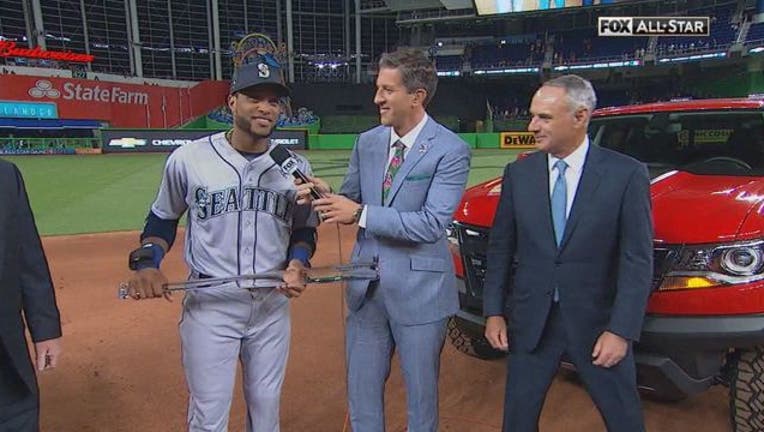 Seattle's Robinson Cano hit a leadoff home run in the 10th inning off Wade Davis of the Chicago Cubs, and the American League topped the National League 2-1 in the All-Star Game on Tuesday night.

It was the first extra-inning home run in an All-Star Game since Tony Perez hit one exactly 50 years ago -- July 11, 1967. Perez threw out one of the ceremonial first pitches before Tuesday's game.

The AL won the Midsummer Classic for the fifth straight time, pulling even in the all-time series -- 43-43-2.

Cleveland's Andrew Miller allowed a two-out walk in the 10th, but retired the Dodgers' Cody Bellinger to end the game for the AL.

So the AL gets pride and bragging rights, but no edge in October now. Major League Baseball no longer awards home-field advantage for the World Series based on the result of the All-Star Game, ending that policy this year after 14 seasons.