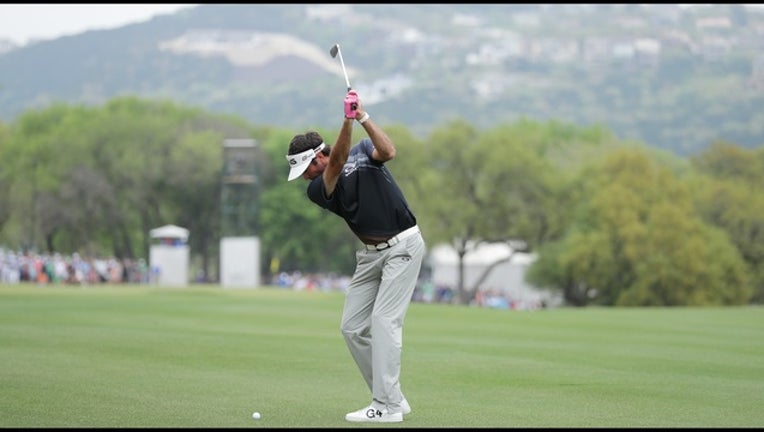 Bubba Watson plays his second shot on the sixth hole during his final round match against Kevin Kisner in the World Golf Championships-Dell Match Play at Austin Country Club on March 25, 2018 in Austin, Texas.(Photo by Richard Heathcote/Getty Images)

AUSTIN, Texas (AP) - Bubba Watson made the final of the Dell Technologies Match Play look as though he were on vacation all along.

Watson won his second World Golf Championships title Sunday with the biggest blowout since the Match Play format switched to 18 holes in 2011, a 7-and-6 victory over Kevin Kisner.

Watson had scheduled a vacation out of the country with his family on Sunday, reasoning that he hardly ever makes it this far in golf's most fickle format.

But there was nothing fickle about his game, especially on the final day. He never trailed in the 28 holes he played. Watson took out Justin Thomas in the semifinals, 3 and 2, which kept Thomas from reaching No. 1 in the world. In the championship match, he won the first five holes against Kisner, who didn't make a birdie until the 11th hole.

Watson won for the second time this year, adding him to the list of favorites for the Masters.