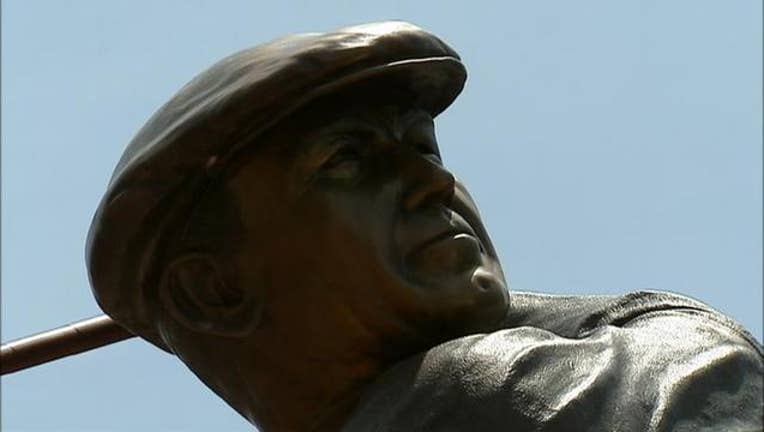 FORT WORTH, Texas (AP) — Bryce Molder had a one-stroke lead with three holes to play Friday in the second round at Colonial when play was suspended because of darkness.

At 9 under, Molder was a stroke ahead of Webb Simpson and two in front of Jordan Spieth, the world's No. 2-ranked player. Simpson and Spieth completed their second rounds at the Dean & Deluca Invitational.

Simpson was 8-under 132 after a 67. Spieth shot a 66 with four birdies in five holes after turning to the front nine.

The start of the round was delayed 5 1/2 hours after thunderstorms overnight that lingered into the morning. When the first groups teed off early in the afternoon, the sky was clearing and became bright and sunny.

Molder was the first-round leader after an opening 64 with six birdies on the front nine at Hogan's Alley. He had five more birdies on that side Friday.