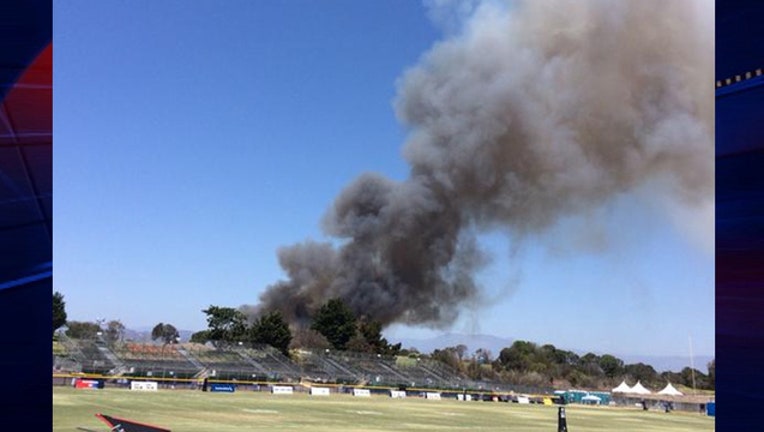 A brush fire broke out just a few miles from the Dallas Cowboys training camp site in California on Tuesday.

The fire started on Tuesday morning after the team concluded its morning practice. It appeared the fire was burning next a golf course located by the Oxnard facility the Cowboys use.

Smoke could be seen billowing behind a set of bleachers built for fans to watch practices.

There was no immediate report of injuries from the fire.

The Cowboys were scheduled to have one more walk-through on Tuesday before leaving Wednesday for the first preseason game of 2015 in San Diego on Thursday night.