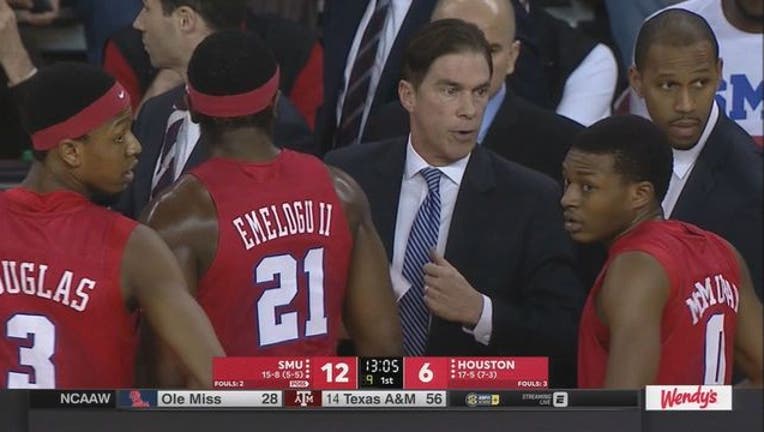 Houston finished the game on a 17-1 run.

Brooks, who had his first double-double of the season, also had two steals. Rob Gray finished with 15 points while dishing out seven assists, and Corey Davis Jr. added 10 points with six rebounds and four assists for Houston (18-5, 8-3), which has won four of its last five games.

SMU took an early lead, but the Cougars rallied to go ahead 36-33 at the break. SMU opened the second period on a 9-0 blitz as three Mustangs drilled 3-pointers. Brooks answered with a trey and Houston pulled even at 50-50 midway in the final period.