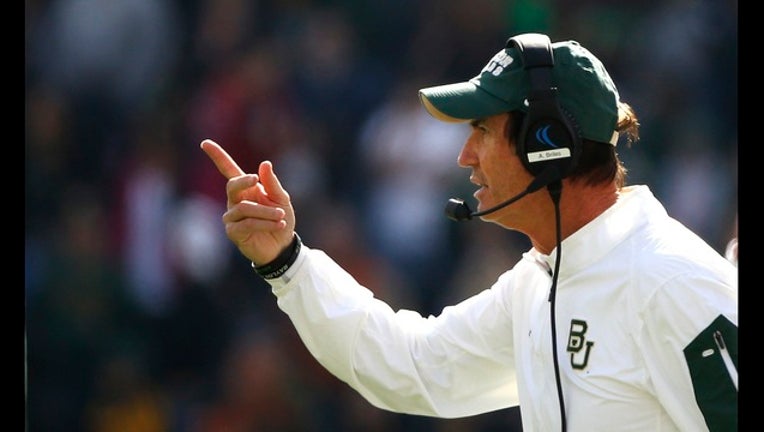 Art Briles talks to his players from the sideline against the Texas Longhorns at McLane Stadium on December 5, 2015 in Waco, Texas. (Photo by Ron Jenkins/Getty Images)

Briles was fired in 2016 after an external investigation by Baylor found that the school mishandled numerous sexual assault allegations by students, including some against football players. Briles has acknowledged he made mistakes at Baylor, but he has also pushed back against some of the claims against him while trying to re-enter the coaching profession.

Word of Briles' planned appearance at the convention prompted criticism on social media.

AFCA executive director Todd Berry released a statement Monday saying "due to concerns, we have decided to cancel his session."