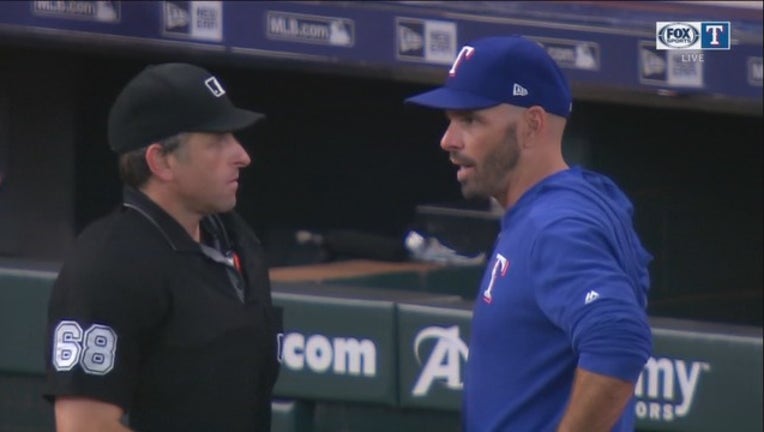 Brantley put the AL West leaders on the board with a two-run drive to right-center in the first. He added a solo shot to right field in the eighth.

Houston scored two in the fifth with a two-out rally that Altuve started with a solo home run to center. Yordan Alvarez hit an RBI single to make it 4-1.

Armenteros (1-0) yielded one run and two hits with six strikeouts. The right-hander earned his first career win after three relief appearances for the Astros.

Josh Reddick robbed Rougned Odor of a two-run homer in the second, timing his jump and easily making the catch in front of the wall. Armenteros tipped his cap to Reddick, who responded by pounding his chest with his fist.

Roberto Osuna worked the ninth for his 22nd save.

Lynn retired 13 of 14 batters, including 10 by strikeout, before Altuve's homer in the fifth.

Astros: INF Aledmys Díaz (hamstring) will have the day off Sunday on his rehabilitation assignment with Double-A Corpus Christi. Houston manager AJ Hinch said Díaz will work out with Corpus Christi on Sunday before the Astros decide whether he gets activated Monday or plays another game at Double-A. "He's playing fine. It's just a matter of volume and him feeling like he's capable of playing up here," Hinch said.

Rangers: RHP Adrian Sampson (6-6, 4.92 ERA) will make his 23rd appearance and 13th start on Monday in the series opener against Seattle. Sampson will make his first start since July 5 at the Twins, when he was tagged for seven runs in 3 1/3 innings.

Astros: RHP Gerrit Cole (10-5, 3.12) makes his 22nd start of the season Monday in a series opener versus Oakland. Cole struck out 11 and allowed one run in seven innings last time out Wednesday against the Angels.