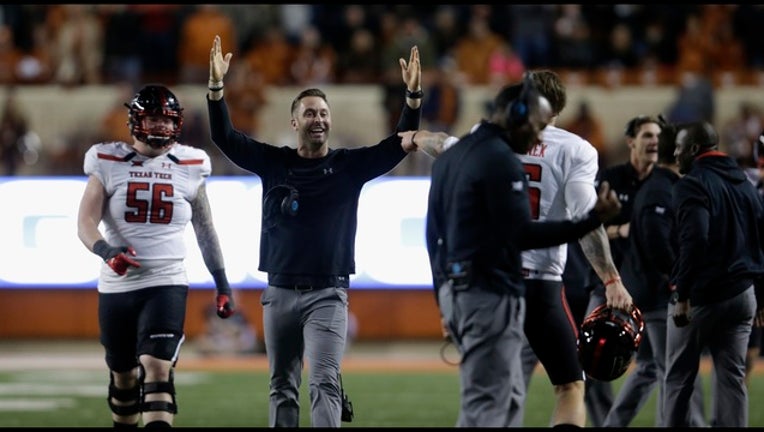 Head coach Kliff Kingsbury of Texas Tech celebrates after in interception in the fourth quarter against the Texas Longhorns at Darrell K Royal-Texas Memorial Stadium on November 24, 2017 in Austin, Texas. (Photo by Tim Warner/Getty Images)

Texas Tech: 38th bowl appearance and has won four of its last five. That's the 20th-most bowl games in the FBS.