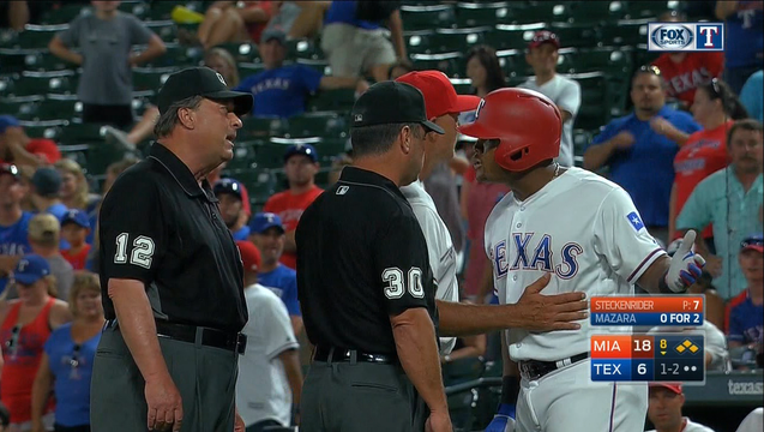 ARLINGTON, Texas (AP) - Adrian Beltre has been ejected from the Texas Rangers games while waiting on deck to bat in the eighth inning.

Beltre, who already had three hits in the game to increase his career total to 2,996, was warming up outside the on-deck circle when second base umpire and crew chief Gerry Davis motioned for him to get closer to it. So Beltre dragged the large plastic piece that marks the circle closer to him.

Davis immediately ejected Beltre from the game, and manager Jeff Banister was tossed after coming out and arguing at length.

It is not unusual for Beltre, in his 20th season, to swing the bat and watch opposing pitches from closer to the plate than where the circle is located.