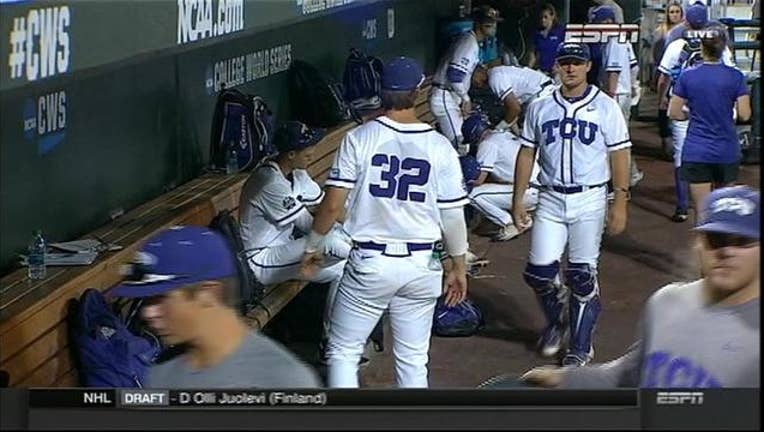 OMAHA, Neb. (AP) — Andrew Beckwith pitched his second straight complete game and set a school record with his nation-leading 14th win, and Coastal Carolina stayed alive in the College World Series with a 4-1 victory over TCU on Friday night.

The Chanticleers, in the CWS for the first time, forced a second Bracket 2 final Saturday night against a TCU team that's in Omaha for the third straight year. The winner of the rematch will make its first appearance in the best-of-three finals beginning Monday.

Beckwith (14-1), who pitched the first complete game of his career in a 2-1 win over No. 1 national seed Florida last Sunday, scattered six hits, walked one and struck out five in a 137-pitch outing.

The Chanticleers (52-17) scored twice off Mitchell Traver (1-3) in the third inning, on Anthony Marks' squeeze bunt single and a sacrifice fly. They added two runs in the seventh on a sacrifice fly and David Parrett's ground-rule double.

Beckwith retired 13 straight batters over one stretch and held the Horned Frogs (49-17) scoreless until Dane Steinhagen homered with one out in the eighth. Steinhagen was 1 for 10 in the CWS before launching his shot to left.